How To Fish A Hatch

Fishing a Hatch
I am often asked for my thoughts/approach to fishing hatches . Here are a few of those thoughts ! 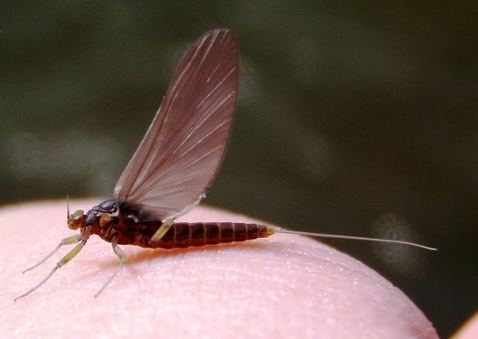 There are few things that put a sparkle in a fisherman's eye quite like the memory or anticipation of a big hatch . They are the good stuff , the holy grail of fly fishing for trout . They can however be elusive especially for those that don't get to fish often . This being the case here are a few thoughts on getting the most out of them .....

Start low and work up ! This can be hard to do when a few start to rise but it is essential you find the restraint and leave the dry flies alone , for awhile . The bulk of the feeding activity early in a hatch is on the bottom and your offering should be as well ! Start with a pair of the appropriate nymphs . As numbers of adult insects begin to get heavier  clip off the 2nd nymph and replace it with the emerger on a 12 - 14" "leash" . At this point your nymph is still on the bottom .

As adult density gets heavier yet (you should start seeing a lot of mid column flashes and swirls ) start to lighten your rig up (take off some weight) and move your offering up through the column until finally there is a lot of surface activity at which point (and only at which point) it is finally time to break out the dry box ! Now you are still well advised to ALWAYS drop a nymph or emerger off the back . Do so and you will soon learn that the dropper generally will outfish the dry by a wide margin .

These are general rules of thumb .
The above will work well for you with the early Bwo's and the #18 Blue Quills .  Below are thoughts on some hatches that require you to take somewhat different approaches ... 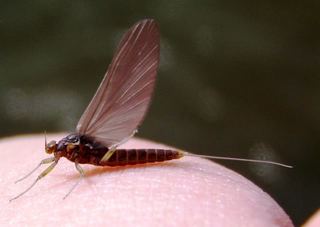 Shortly after the Blue Quills start comes an Elk River super hatch that requires something different . The Quill Gordons ! This big mayfly emerges differently than most . The actual emergence takes place on the bottom and it swims up as a sub-imago or dun . This requires us to change our tactics a bit .....

Now the 1st  stage is the same , start with a pair of the nymphs . When the hatch starts to pick up steam though we clip off the nymphs and put on a pair of soft hackles ! Now you are actually set for the entire hatch though it is so much fun pitching the big #12 dries that you should definitely save some time for doing just that :) ! Back to the soft hackles .....

Since they swim up as an adult we need to mimic that behavior . This can be accomplished either by "lifting' your nymphs as they drift or by turning around , facing downstream and fishing classic wet fly style , quartering your cast and allowing it to swing and lift . Takes can be vicious !!

As I said above you might as well pitch the big dry awhile but I would still recommend you drop a soft hackle off the back 18" - 24" . 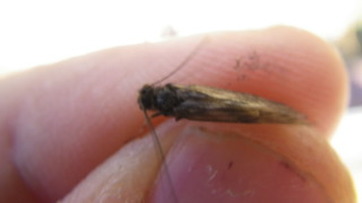 This is by far the largest caddis hatch on the Elk . The action here is at least 90% subsurface and almost 100% riffle oriented .

This is another game of lift and swing the soft hackle . Forget the nymph (larvae), forget the dry (this may be hard to do at 1st) and concentrate on the pupae swimming up and the female adults swimming back down to lay their eggs . Between these two activities there will be 100's of thousands of naturals mid column thus making it a pretty good place to be .....

I mention that it will be tough to leave the dry caddis patterns in the box , where they belong . This is because there will be trout leaping everywhere ! These eratic , inconsistant , leaping fish are oh so tempting but THEY ARE AN EXTREMELY LOW PERCENTAGE GAME ! Not hollering at you here , just want to emphasize the point ;) .....

It can be very effective at times to run a soft hackle just barely down in the film (or greased and sort of floated) with a 2nd one mid column behind it . That's about as close as you need to get to dry fly work during this hatch !

Stick to the soft hackles and this will soon be one of your favorite hatches . 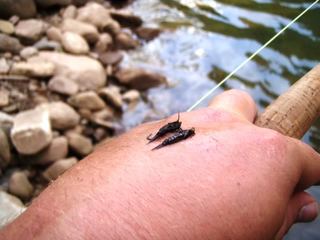 
Iso's are another "oddball" mayfly . They swim to the shore (rapidly) , crawl out onto dry land as a nymph THEN emerge ! Therefore the only stage of the normal three (nymph , emerger, dun/dry) the trout usually get to see is the 1st of the three , the nymph .

Iso nymphs are extremely good swimmers , quite fast ! Knowing this combined with knowing where they are swimming to (the bank) allows us to very effectively immitate their behavior . I like to stand close to the bank , quarter my nymphs up and across and strip them very quickly back across current . Gravel/cobble runs at the head of major runs and pools can be very , very productive places to do this :) .

It is also often effective to swing them wet fly style though I feel the 1st approach is a better way to immitate the behavior of the real ones . Either way you nymph NEEDS to be moving .....

Now there are times , usually but not always during high water events , when there are duns on the water . If the trout are visibly feeding on them and  if the urge gets too strong to resist go ahead and throw the big dry around . It will give your arms a rest , you might catch a few and then , well rested , you can go back to stripping nymphs and smacking fish ;) ! 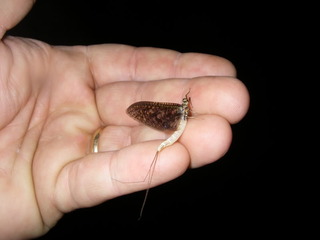 The Green Drakes are a glory hatch . This is the one everybody goes on about . Visions of huge trout slurping huge duns dance in the heads of fly fishermen everywhere !!
Trouble with this vision is the above scene simply doesn't happen very often !
Have I seen big trout smack the big duns , one after another ? Yes . Have I seen it often enough to take off my Green Drake emerger ? ABSOLUTELY NOT !

Honestly I can count on 2 hands (and don't need all the fingers on the 2nd hand ....)  , in my 20+ years here , the times I've seen it happen . In every case it involved high , off color water . If you sit around waiting for them to eat the duns you will have a long wait ... At least you will have lots of company because there will be plenty of folks doing the same thing , chasing the same dream and catching nothing !

THE ACTION IS UNDERNEATH ! Starting to see a pattern here ? With the drakes , with the hatch , like the Iso's you will be well served , 95%+ of the time , to leave the dry box alone , period . I am not saying don't carry a few just in case . I am simply telling you it isn't likely you'll need them . Now the spinner fall is a different matter .....:) .

A Mustard Green (my buddy Sean Wier's magic pattern) may well be THE most effective Green Drake emerger going . Yes the "wooble nymphs" work but year in year out the Mustard brings home the butter like nothing else when the drakes are on . Do yourself a favor .... have some in the box . Have a lot of them in the box ! I say the latter because you are going to get broke off on the take all too often , even on 3 X .and 4x . The takes are often savage !!

I get my best results by rhythmically lifting , then dropping , lifting then dropping , a pair of the emergers as they drift down stream . This is a cumbersome creature underwater and it often needs to make repeated attempts to break the surface . Immitate this behavior !

The nymph is a burrower so sections with muddy , silty substrate  tend  to produce the best action . 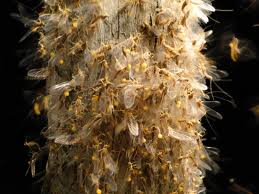 Sulphurs
Sulphurs ! The name makes an Elk fisherman's heart skip a beat . This is the main event , the best of the best . A truly sad thing is so many fishermen miss out on a huge portion of the available fun and simply cash in the spinner fall at the end each evening !
There is wonderful fishing to be had all day .

The actual hatch time on a given day or group of days will vary with the temperature . Hot day , hatch compressed to the evening with or slightly before the spinners hit . Cooler , they tend to hatch rather sporadic from mid afternoon on with the peak likely to still be in the evening . So what to do morning through early afternoon ?

Nymph ! When you stop to think of the sheer number of #16 Sulphur spinners that you will see every evening for almost 6 weeks , literally millions I want you to remember they were ALL #16 nymphs 24 hours or so before . The river is chocked full of them , the trout are gorging on them all day long and you need to be throwing them all day long . You may well find  that you are having so much fun catching fish that you won't be in such a hurry for that last hour of madness to get here :) .

Once the hatch starts it is back to start down and work up . This is also however a good hatch to spend some time "lifting" your nymphs to immitate the naturals swimming up .

As the hatch gets heavier and you start seeing sustantial numbers of boils and swirls (telling you they are feeding down a few inches) you will want to switch over to a pair of emergers and either lighten up your weight a bit or keep your rig heavy and keep lifting . When it starts to get into high density time , take off the weight (keeping the emergers on ) and fish the emergers in the film .

By now I know you are itching to fish a dry so go ahead and tie it on but be sure to drop your emerger off the back !

The thing is the Sulphurs blow out of the water so quickly that the trout really don't get a lot of opportunity to eat the duns so nthey concentrate their efforts on the more readily available emergers . You should do the same ........

Next we will get into different types of Sulphurs and how to decide which to use ......